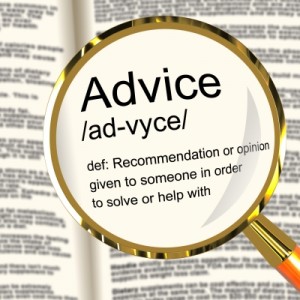 The reign of Solomon over Israel differed greatly from the time of David. While David fought war after war throughout his reign, Solomon enjoyed a mostly peaceful forty years. While David even fled Jerusalem during a civil war, Solomon fortified the city and built an elaborate palace. It would appear that Solomon, including the wealth he gained along the way, left the kingdom in much better condition than what he found it. But this proved to be untrue. Shortly after Solomon’s death, the kingdom divided, never again to attain anywhere close to its previous grandeur. The difference? David left the kingdom to Solomon and personally advised him regarding how he should proceed as king; Solomon left the kingdom to Rehoboam who relied on himself and his friends on how to rule. And that made a huge difference in the future of Israel. Interestingly enough, this all depended upon a simple question “What advice do you give?” (2 Chr. 10:9). But this shows something else that we rarely consider. It is not enough simply to ask for advice. This proves little. How you go about the process to reach a final decision matters far more.

1. You need to evaluate your situation realistically. Rehoboam assumed a position of strength that he did not have. The underlying problem with Jeroboam had been postponed—not resolved (2 Chr. 10:1-2).

2. You must assess others’ problems carefully and unselfishly, considering both how they see their problem as well as how you see it. Rehoboam seems to have ignored this personal touch in favor of impersonal consultation (2 Chr. 10:3-5).

4. You should beware falling into the groupthink mentality of your peers. Rehoboam turned to those most like him for advice instead of to those best suited to help him. It proved to be a fatal flaw (2 Chr. 10:8-9).

5. Evaluate your own motives and the motives of those advising you. Rehoboam fell prey to the bad advice of his younger peers because he wanted to prove he was as tough as his father (2 Chr. 10:10-11). He was not. You prove yourself by doing a good job—not by going out of your way to prove yourself.

6. Remember that no matter whose advice you take, you are responsible for your own decisions. The young men did not create division in the kingdom because they gave bad advice; Rehoboam did because he listened to them (2 Chr. 10:12-15).

7. When you followed the wrong advice, do not live in denial. Rehoboam tried to act as if nothing had changed as a result of his decision. But, in fact, everything had changed (2 Chr. 10:16-19).

Learning where to look for good advice and where not to go for any advice is one of the most important lessons anyone can learn in life. The faster you learn it in life, the fewer negative consequences you will have to endure throughout the rest of your life.