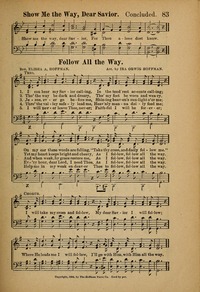 The sixth chapter of John begins with Jesus performing miracles and feeding the five thousand (John 6:1-13). This miracle caused them to recognize Jesus as the Messiah, but only in the sense of an earthly king (John 6:14-15). They wanted a leader, but only if he could fulfill what they wanted. Therefore, He left them and crossed over the Sea of Galilee–first walking on the sea and then being received into the boat with the twelve (John 6:16-21). The crowds then sought Him, following Him to the other side of the sea and ultimately finding him in the synagogue at Capernaum (John 6:22-25, 59). But Jesus knew their true motives, leading to a discussion for which they were ill-prepared (John 6:26-27). Discipleship is not focused on this life but on eternal life. Many people think they want to be disciples of Christ. They will talk about being disciples of Christ. But they ultimately resist doing what it takes to be disciples of Christ.

In Jesus’ interaction with the people, He emphasized that they would need to believe Him completely to have access to eternal life; however, they reverted to form and focused on what they wanted rather than on what they really needed (John 6:28-29). They asked Jesus to feed their stomachs once more when they really needed Him to feed their souls (John 6:30-33). But they missed the point. Failing to think spiritually was at the root of all their unwillingness to follow Christ further. To them, Jesus was offering a ready supply of grain to care for their physical needs for the rest of life (John 6:34).

To this, Jesus responded with the key: “I am the bread of life” (John 6:35a). They did not need another free meal; they needed Jesus Christ, as do we. God did not send Jesus into this world to make this life easier; He sent Jesus into this world to make eternal life possible (John 6:35b-40). But the people objected to this notion, because they rejected Jesus as the Son of God, and they did this because they only thought in physical terms (John 6:41-42). Jesus then emphasized the implications of their refusal. If they reject following Jesus and His teachings, then they are rejecting the way to eternal life (John 6:43-50). But the Jews responded to His spiritual metaphor with physical thinking, and this caused them to reject what He said (John 6:51-52).

Jesus then said this:

Most assuredly, I say to you, unless you eat the flesh of the Son of Man and drink His blood, you have no life in you. Whoever eats My flesh and drinks My blood has eternal life, and I will raise him up at the last day. For My flesh is food indeed, and My blood is drink indeed. He who eats My flesh and drinks My blood abides in Me, and I in him. As the living Father sent Me, and I live because of the Father, so he who feeds on Me will live because of Me. This is the bread which came down from heaven–not as your fathers ate the manna, and are dead. He who eats this bread will live forever (John 6:53-58).

Posted in Discipleship, Perspectives, Relationship and tagged Christian Living
← Nothing Held Back – Part ThreeFollowing When It is Difficult – Part One →