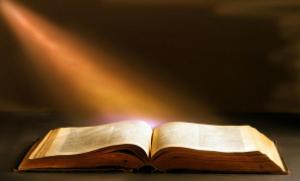 Your attitude toward God’s Word reflects who you are but it also determines who you will become. We emphasize this in the context of daily Bible reading and regular Bible study, but we often fail to appreciate and emphasize the heart you must have to make these things have any meaning in your life. Josiah became king at the tender age of eight (2 Chr. 34:1). He had excellent guidance during his childhood because when he turned sixteen, he chose specifically to follow the LORD and the path of King David, doing so with enough dedication to strip the land of its previous pagan influences beginning at the age of twenty (2 Chr. 34:2-7). By the time he was twenty-six, he had instituted a plan to purge the land and restore the temple, providing for its repair and the restoration of its service (2 Chr. 34:8-13). In this process, Hilkiah the priest discovered a copy of the Law of Moses, which he then sent back to Josiah in the hands of Shaphan the scribe (2 Chr. 34:14-18a).

When Shaphan read the Law before Josiah, the king mourned extensively, having heard both the blessings and curses given in the law and knowing full well the guilt of the nation, and sent a delegation to Huldah to learn more of what this meant for Judah (2 Chr. 34:18a-22). Huldah confirmed Josiah’s worst fears, that God was indeed going to send His people into captivity for their rebellion (2 Chr. 34:23-25); however, the words directed to Josiah himself offered some small consolation (2 Chr. 34:26-28). Of special note is the reason for the difference: “‘because your heart was tender, and you humbled yourself before God when you heard His words against this place and against its inhabitants, and you humbled yourself before Me, and you tore your clothes and wept before Me, I also have heard you,’ says the LORD” (2 Chr. 34:27). Josiah proved how true these words were in the years that followed, leading Judah to listen to the Law, follow the LORD, and obey Him throughout His reign (2 Chr. 34:29-33).

Josiah had a heart for God’s Word. He did not hear it as a ritual, as a series of suggestions, or as something written for an age gone by. He listened to God’s Word with the heart to learn, to accept, and to do. I sometimes wonder what would happen if we would all open up God’s Word and read it and study it as if it was the first time we were exposed to it. Would we mourn each time Israel fell back into sin? would we marvel at all that Jesus did? Would we cry when we read of His death? Would we burst with joy when reading of the resurrection? Would we sorrow for our sin and keep reading until we learned what to do about it? Would we respond with thanksgiving and obedience? When we learned of how much we needed to change for Jesus, would we do so? Would we take what we learned and make sure that everyone we know hears about it too? Would we really have a heart for God’s Word?

It is true that none of us may go back in time to make that happen, but that does not mean that we cannot have the same heart. It can be so easy to settle in to a pattern that is comfortable instead of letting God’s Word change everything about us. But Josiah had a heart for God’s Word; he wanted not just to hear, but to do. And that is the heart that God expects of all of us—not just for a moment, but for a lifetime (Jas. 1:22-25).